What is Choanal Atresia?

Choana is the posterior nasal hole where air passes from nasal cavity into the nasopharynx. Choanal atresia is a condition that obstructs nasal airways leading to breathing difficulties. It is rare but more common in females than males.

Choanal atresia manifests when the back of nose does not open or is not able to communicate with the rest of airway system. It is usually a congenital disorder meaning that an individual is born with it.

It is not exactly known why this anomaly occurs but theories and studies suggest that there are multi-factorial causes ranging from genetic to environmental factors responsible. Maternal use of a medicine known as methimazole has also been associated with this disorder. 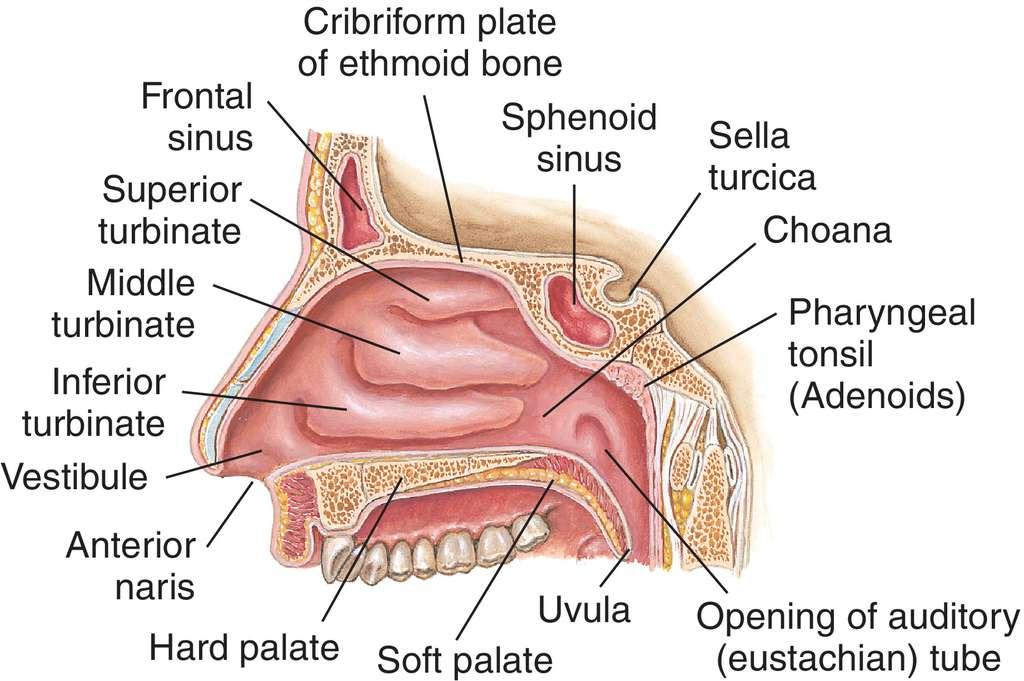 Choanal atresia can be divided into two types:

This is where two of your nasal airways are blocked causing difficulty in breathing. It happens immediately after birth. Babies usually use their nose to breathe at a very young age, so when their two noses are obstructed it results in severe breathing.

Only one nasal passage is obstructed and the child can breathe without major troubles. Unilateral Choanal atresia signs and symptoms are less severe and occur later during infancy and childhood.

Neonatal airway obstruction that leads to respiratory distress may be regarded as a fairly common problem seen in pediatric ICU setting. Therefore, it is important to speedily delineate the reasons why the obstruction is occurring so that a timely treatment may be offered.

Although bilateral choanal atresia is a rare condition, it should be considered in such circumstances where there is blockage of neonatal airways.

Bilateral choanal atresia is highly treatable. Even unilateral atresia could result in less severe symptoms and at times, it could present sometimes later in a child or it may show up in adult’s life. It is paramount to recognize that, there are other possible causes of obstruction of neonatal airways apart from choanal atresia. 1

There are no specific causes of Choanal atresia. Choanal atresia occurs at birth and can be caused by other developmental abnormalities such as Treacher Collins syndrome.

Treacher Collins syndrome is a disorder that affects bones and tissues of your face from developing properly. It is caused by mutated genes that are passed from an infected parent to the child.

Patients with bilateral Choanal atresia experience cyclic respiratory distress and observable chest retractions. They also cannot feed themselves because swallowing food is painful. This can only be minimized when the babies start to cry because crying opens their air passage to allow them breath.

Babies with bilateral Choanal atresia require intubation after delivery to help secure their air passage. When this is done, the patient can assessed for other developmental anomalies

Patients with unilateral Choanal atresia manifest symptoms later during infancy and childhood. The symptoms include nasal discharge and breathing from the mouth. 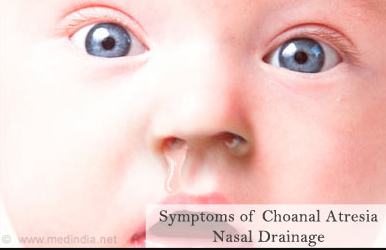 Your doctor will insert catheter through one or both of your noses .The doctor will note any inability to pass the catheter as a sign of blockage in your airways. The doctor will conduct further tests to confirm Choanal atresia by using Imaging tests such as

Bronchoscopy is a form of Endoscopy used to examine your airways and diagnose lung diseases. Bronchoscopy is conducted to find out if there is a foreign material in the airways, explain reduced oxygen levels or short breath.

The scope is inserted either through your mouth or nose via the trachea to help the doctor view the airways for any abnormalities. This is done when you are under a general anesthesia to help you relax during the process.

Before you undergo Bronchoscopy test, you must observe the following instructions: avoid taking medications such as aspirin and blood thinning drugs; do not eat or drink anything for a maximum of 12 hours because they may interfere with test results.

This is a form of an imaging test that uses X-rays to produce comprehensive pictures of your sinuses. The doctor will give you contrast medicine to improve visibility of some parts in the body during X- ray tests. However, you have to inform the doctor if you have kidney problems because contrast can worsen the situation.

In addition, if you have ever reacted to contrast in the past, the doctor will give you some medications such as antihistamines to help you receive contrast safely.

Computed tomography (CT) scans can detect defects in your sinuses, infection in sinus bones, nasal polyp and sinus infection. This procedure has side effects such as it exposes you to radiation that can cause cancer. The dye or contrast used during the scan can cause allergic reactions to some patients. The dye can also lead to itching nausea or vomiting to those patients with iodine allergy. 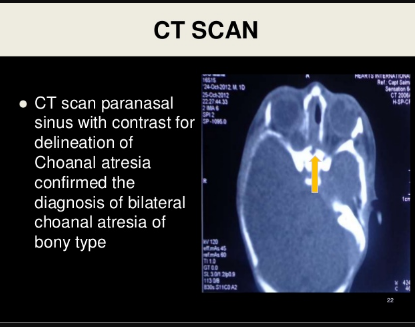 Patients diagnosed with Choanal atresia must receive treatment to correct the problem. Surgery is the preferred method and can only be done if the patient is stable and has been assessed of other developmental anomalies. Surgery focuses on opening the patient’s air passage to enhance breathing there are various surgery options available to open the airways such as

In this procedure, the surgeon makes an incision through the patient’s nose and uses an endoscope to view the air passage. The bone or tissue causing blocking is broken down and the area opened. This opens up the air ways and allows the patient to breathe properly.

Sometimes the surgeon inserts an endotracheal tube in the nasal passage as a stent to maintain the opening as the patient is allowed to heal. This tube will be removed after few weeks of surgery when you visit the surgeon for checkups.

Saline solution can help to moisturize dry nasal airways, reduce nasal congestions, and keep nasal lining of the child healthy by controlling inflammation to mucous membrane. Saline solution can be bought from over- the- counter or you can make it at home by yourself.

How to make saline solution?

Observe good hygiene by washing your hands before giving your child the nasal saline. After giving the medication, wash and dry the dropper and use different droppers for different children. This will help in preventing the spread of infections to your child and keep the child healthy.

If you notice these symptoms in your child; burning sensation, nasal dryness, runny nose and sneezing, contact your doctor immediately for further advice.