What is Serotonin Deficiency?

Serotonin is a chemical substance found in the brain which conveys signals between brain cells or neurons as well as controlling their power. Serotonin is produced in your brain and intestines and it assists in keeping good moods1. Insufficient serotonin levels leads to a condition known as serotonin deficiency. Low levels of serotonin impair your body’s psychological and physiological functions. 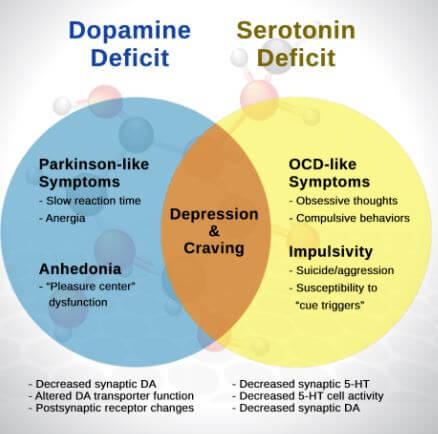 Serotonin offers tremendous health benefits to you such as2, 5:

Low serotonin deficiency can be caused by many factors such as3, 4:

Low serotonin levels in your body can cause many undesirable side effects that may make you lead unproductive life. These effects include1, 5: 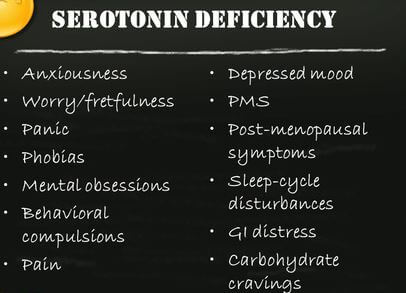 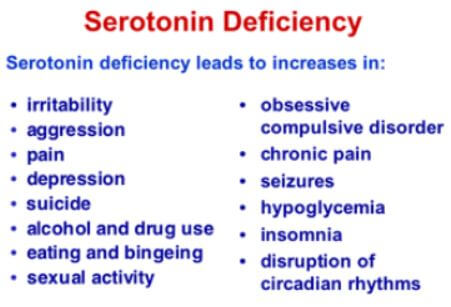 Normally, digestive system muscles contract to move food and liquid along it. Sufficient serotonin enhances gut muscle performance. In case the level of serotonin drops, it lowers the quantity of calcium released from the cells which is needed for strong muscles. This impairs contraction of gut muscles which causes blockage in your digestive system as a result of food not moving properly.

It lowers the ability of blood to clot


It may cause constipation

Most of serotonin is made and kept in the digestive system. A drop in serotonin levels has a major negative impact on your digestive system function. It makes gut muscles weak to contract which cause constipation as well as make it difficult to pass bowel or stool.

Other negative health effects of low serotonin levels include:

How To Increase Serotonin Levels?

There are several ways through which an individual can increase serotonin levels and enhance his/her overall health: They include3, 6:

Use of certain nutrient therapies can elevate your level of serotonin in the body. For example, your doctor can suggest use of targeted amino acid therapy to boost your serotonin levels. An example of such therapy is Tryptophan which can be used alone or with other medications.

Regular exercise boosts your energy levels and reduces psychological problems such as depression and anxiety. You can walk, run, stretch or do yoga exercises to keep yourself active.

Sunlight is vital in alleviating anxiety and depression. Get outside and expose yourself to the sun to obtain Vitamin D. This vitamin is good because it helps lessen depression and improve your moods.