Anteverted Uterus - HealthJunta.com - We are Junta of Health & Medical
Skip to content

What Is Anteverted Uterus?

An anteverted uterus occurs when the uterus tilts towards the bladder and the belly rather than at midpoint. This is contrary to a retroverted uterus that is tilted backward towards the rectum. The condition happens when the fundus flexes forward at the cervix.

The uterus is made up of the lower cervix, which is about 2 inches long, and the upper body (fundus). The fundus sits on the cervix and is about the size of a pear, but varies between different women depending on factors such as child birth and maturity. The uterus is attached to the pelvic walls by several ligaments (four) that are flexible thus allowing the uterus to tilt slightly forward or backward. 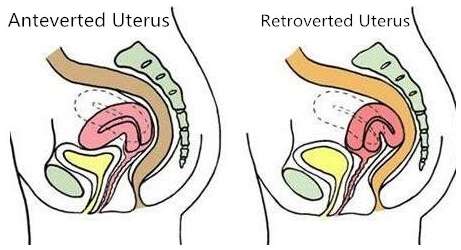 There are various ways a uterus can become anteverted and they include:

A pregnant woman has her growing baby exerting pressure on the walls of the uterus and depending on the positioning of the child, the mother can have a tilt of the uterus. In addition, during child birth, the ligaments are weakened by the physical intensity hence causing the tilt.

This happens when tissue that normally grows inside the uterus (also called endometrium) begins to grow outside of the uterus.

As a woman becomes older, she begins to have weaker and softer muscles and ligaments hence unable to hold the uterus in its normal position, causing a forward tilt. This makes this condition more common in older women.

The growing of bladder can exert pressure hence making the uterus tilt forward, a condition known as bladder distension. The growth of uterine fibroid tumors, can also be a reason for a woman to having a tilted uterus. Some women experience this condition after undergoing surgery, hence repositioning the uterus. Another possible cause of this anteverted uterus is pelvic inflammatory diseases. 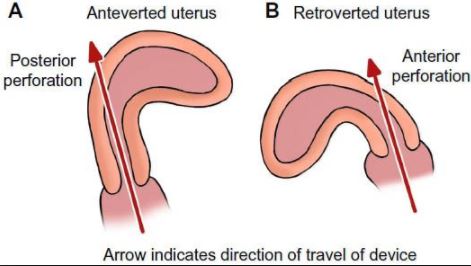 Some of the symptoms of this condition include:

Unlike having a retroverted uterus where it causes back pains, painful menstruation periods, painful sexual intercourse and pain when using a tampon, anteverted uteruses have no complications and impacts are minimized.

Although there are various symptoms to this condition, some women having anteverted uterus do not experience any symptoms at all.

The condition is easily identified in an ultrasound imaging or by using magnetic resonance imaging (MRI) test.

Treatment of the pelvic inflammatory diseases and endometriosis causing the uterus to tilt can help to reduce the chances of having an anteverted uterus. Surgery, though not necessary, it should be considered a last option, and when recommended to by a gynecologist after a woman has experienced other gynecological complications. Some of the other treatment options include exercising and pessary.

The bulky anteverted uterus, also called endomyosis, is a condition where the uterus is enlarged and tilted. This is caused by the endometrial lining growing into a mass in the uterus or fibroids. It should be noted that this is different from endometriosis. This disorder is mainly present in middle aged and older women.

Uterine fibroids are a common cause of anteverted uterus. They are noncancerous tumors of the masculine wall of the uterus and mainly affect women the age of over 30. Being overweight or obese increases the risk of this and can also be contributed by hormonal and genetic factors.

This condition manifests when the uterus becomes inflamed, example, immediately after giving birth or after undergoing a cesarean section. The condition can also be caused by endometrial cells that have formed in the uterine muscle.

Bulky anteverted uterus can be identified when one is having heavy menstrual bleeding as well as passing blood clots during the period or bleeding between periods. A woman may experience painful cramps, pain during sexual intercourse, and frequent urination.

These symptoms do not show in all the women having this condition.

Just like having a normal anteverted uterus, the disorder can be identified using ultrasound imaging, magnetic resonance imaging (MRI) test, and also the doctor can feel the pelvic area.

In the case of bulky anteverted uterus, the treatment is based on the underlying causing factor.

However, the bulky anteverted uterus will shrink back to normal after menopause because estrogen is involved in causing the condition.

One out of five women are considered to have an anteverted uterus and it is quite normal hence women having this condition should not be worried about it.

Despite having an anteverted uterus, it neither affects a woman’s fertility nor prevents the sperm from reaching the fallopian tube. The condition also is not a cause of pain during the menstrual period, unlike having a retroverted uterus that causes menstrual pain called dysmenorrhea.