What is pelvic floor dysfunction?

Pelvic floor dysfunction is a case wherein the female patient’s pelvic organs jut through the vaginal orifice. This is related to weaknesses in the female reproductive organ physical support structures such as the superior vaginal wall. The bladder, uterus and cervix may stay within the confines of the vagina or at the most extreme prolapse well out of the orifice causing considerable pressure sensation and discomfort. 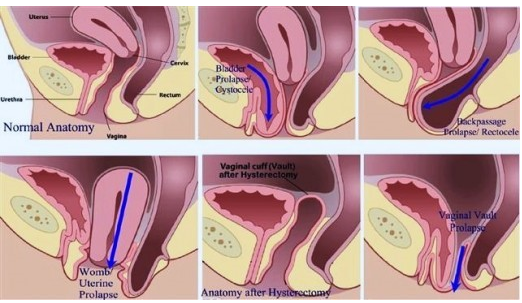 Sometimes during pregnancy, the uterus and cervix may be drawn up as the baby grows in size. If the uterus continues in this prolapsed position, the signs and symptoms of incarceration (simply means the organs are compressed) become evident at 10-14 weeks age of gestation.

How does pelvic organ dysfunction occur?

A study was conducted to find out the reason why the fascia in between these pelvic organs weakens during pregnancy. A variety of proteases are present which mediate the cleaving of the cellular matrix responsible for strength and toughness of the fascia. In a study by Rahn et al. it was found out that two matrix metalloproteases (MMP) were upregulated during pregnancy. 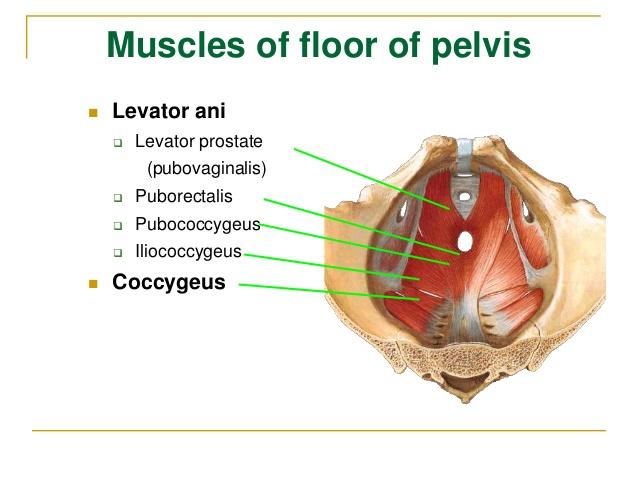 Each of these different muscle groups are affected during pregnancy and the effects of matrix metalloproteases may be lasting which may explain the weakening long after the pregnancy has been terminated.

MMP-2 and MMP-9 were found to be highly upregulated at the time of the pregnancy with concurrent upregulation of other MMPs as well. With constant activity of the MMPs, the matrix that is responsible for maintaining the integrity of the muscle is compromised leading to subsequent weakening of the muscle groups.


This was confirmed by taking biopsies of non-pregnant women and fixing them in formalin then comparing their composition with biopsies taken out of pregnant women. It was then revealed that the women who had pelvic organ prolapse had had fewer elastic fibers than the one who didn’t. The crucial process necessary for maintaining the structural integrity of the pelvic organs placement is the creation of new elastic fibers.

Although there are no current therapies aimed at increasing the rate of new elastic fiber synthesis known, surgical correction of the pelvic floor defect is the current treatment available.

The signs and symptoms of pelvic floor dysfunction include the following.

At the first sign or symptom experienced above, you should seek immediate medical attention. A history of childbirth, urinary tract infections and pain on sexual intercourse lead to a condition of pelvic organ prolapse. The doctor will perform a physical examination to determine if you have good control over your muscles of the pelvic floor.

The doctor may also perform a rectal proctogram which is a diagnostic test where a barium enema is passed through the rectal vault and the muscles of the floor documented on how well they can pass the bowel movement unhindered. But in most cases, the pelvic organs are usually seen late into the diagnosis and can be readily seen on physical exam.

Once the pelvic organ that is prolapsed identified a number of therapies can be initiated. The most conservative are a set of muscular movement modifications such as avoiding straining during bowel movement, or pelvic floor muscles exercises (like Kegel’s exercises). These therapies are known to effect improvement in these signs and symptoms in over 70% of patients with refractory pelvic organ dysfunctions. With greater control over the muscles of the pelvic floor, one can gain control as well as avoid surgery to improve the signs and symptoms of pelvic floor organ dysfunction.

In refractive cases wherein the above therapeutics modalities do not exhibit improvement in signs and symptoms and present a major obstruction to quality of life, surgery is a treatment of choice. The organ is identified whether it’s a rectocele or a cystocele. The surgeon will then make the necessary anatomic reconfigurations and suturing to hold the prolapsed organ in place.

For cases of cystocele, the prolapsed organ is pushed back into its usual position and the pelvic fascia and muscles such as the pubovaginalis are brought together and stitched with strong nylon sutures. For the rectocele, the puborectalis and its associated fascia are strengthened with sutures and a pessary is put in place to secure them. The uterus and cervix have both muscles held in place by sutures with a pessary in the vagina as well. A majority of patients report an immediate improvement after surgery.

Pelvic organ dysfunction is an extremely uncomfortable medical condition that can be brought about by pelvic inflammatory disease, childbirth or even inborn structural defects. This can bring about a decreased quality of life in patients and may necessitate medical attention. If these signs and symptoms present, it’s worth taking time to visit a gynecologist who will assist with the diagnosis and treatment.

With biofeedback mechanisms and surgery available, patients can go on to live quality lives. Surgery brings about a great improvement in signs and symptoms but much more needed research will be conducted to determine the exact mechanism on why pelvic organ dysfunction occurs and on how it can be prevented.