Pancreas is a gland in the upper part of the abdomen which is responsible for digestion and secretion of hormones, of which, insulin and glucagon are the most important. In a normal fetal development, pancreas develops at the 5th week, from two ventral and dorsal pancreatic buds, on the place where foregut and midgut meet.

Annular pancreas may form completely (surrounding the duodenum entirely) and incompletely (reaching only a part of the circumference of the duodenum), which on the X ray forms a ’’crocodile jaw’’. Usually, the annulus around the duodenum is a thin tissue, which may or may not induce constriction. 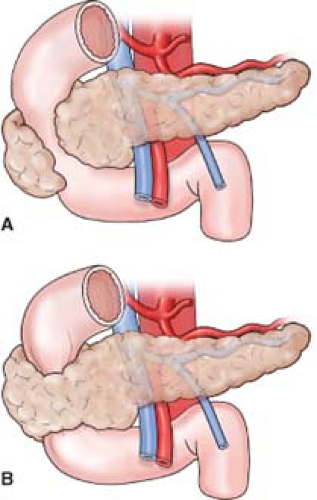 B complete pancreatic annulus and obstruction (3)

Annular pancreas is a rare disorder which appears in 1 in 20000 newborns. According to studies annular pancreas is mostly found in people with Down syndrome, polyhydramnios, tracheoesophageal fistula, intestinal atresia, divided pancreas, intestinal malrotations, heart defects and some other genetical disorders.

Clinical signs develop from the narrowing of the duodenum caused by the outer compression of the pancreas. The intensity of symptoms depends on the degree of the compression to the duodenum (duodenal stenosis), which may be sudden if the pancreatic annulus is inflamed. Babies have problems with eating and vomit as soon as food and milk enter the stomach, because it can’t pass further into the rest of the duodenum.

A child doesn’t develop properly if the obstruction is incomplete because of the early stomach fullness. In adults, most of the symptoms appear after a heavy meal. Main symptoms are nausea, vomiting, fullness in the stomach after eating, hematemesis (bloody vomiting) or symptoms of gastric or duodenal ulcer.

Diagnosis of any gastroduodenal or pancreatic disorder is made after birth, when the baby isn’t eating properly. If this happens, a paediatrician will order an X-ray or do an ultrasound of the abdomen. If a native X-ray shows ’’double bubble’’ sign in standing position, which is a gas collection in the duodenum and stomach, this means that there is an obstruction in the upper gastrointestinal system, between the two organs, which isn’t only caused by annular pancreas but also with some other congenital anomalies of the bowel.

If the condition isn’t recognised in the infancy, it would be usually diagnosed when a person is between 30 and 60 years old, when the obstruction is small but begins to cause symptoms. Diagnostic procedures valuable in diagnosing in adulthood are MRI, CT scan and ERCP (Endoscopic retrograde cholangio-pancreatography). (5) it is important to differentiate other similar conditions duodenal atresia (maldevelopment of the duodenal lumen) and volvulus (twisting of the intestines that causes obstruction). 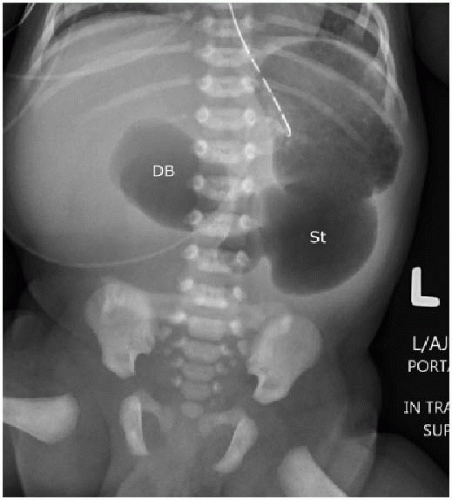 Annular pancreas needs to be treated for its possible complications like pancreatitis, complete intestinal obstruction, obstruction of the bile duct and jaundice, pancreatic cancer, perforation of the intestine, inflammation of the surrounding tissue and peritonitis.

If the obstruction is incomplete and the passage through the duodenum is possible but includes some symptoms of abdominal discomfort, a person may be given some medications, antidopaminergics (Domperidone), to reduce the symptoms of nausea and vomiting or some medications for gastritis. (6)

The only therapeutic measure that completely resolves the symptoms is surgery. In infants there is a procedure called duodenoduodenostomy, with cutting and sewing the two parts of duodenum, which is more mobile than in adults. (7)

For adults, there are two types of surgeries gastrojejunostomy and duodenojejunostomy. Both procedures rely on a principle of cutting the bowel above and under the obstruction site and reconnecting them with sutures. It is not recommended that the annulus is cut and divided from duodenum because it brings high postoperative risk of inflammation, fibrosis and fistulas.

Before surgery, a child is hospitalised, nasogastric tube is inserted to extract the gastric content and fluids are substituted for the correction of alkalosis.